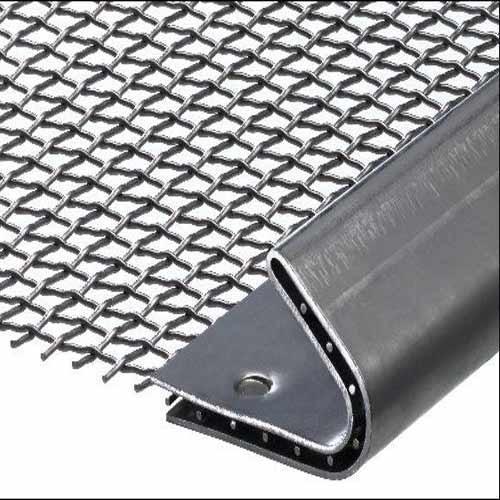 Vibrating Screens or simply screens are designed by the vibrant chassis which supports one or many interior surfaces or elements of screening. Vibrating Screens are basically the mechanical tools which are widely used today in segregating a variety of materials including liquids and solids.

Most of the mechanical machines used in industries are having man-made and motion screens so as to filter varied elements and components. It not only segregates materials efficiently but also saves your precious time by performing the task faster which is not possible with manual labor.

The Different Types of Vibrating Screens

As mentioned, Vibrating Screen Mesh is commonly used today for grinding and segregating materials, sizing it and crushing them prior to segregating and transforming it into raw materials. There are different types of Vibrating Screens which are being used across varied industries and this includes:

When it is operated the body of the screen vibrates and uses the helical spring circularly and as a result, the material flow is delivered by the gravitational speed.

There is a slope fixed to the inclined screen and the stroke of the screen can be adjusted as per the required level. The general stroke level is set between 8mm and 12mm and the design of the screen allows alteration of the stroke via removal and addition of the eccentric masses on its exciter.

Horizontal Vibrating Screen is the non-traditional design which comes with unique Vibrating Screens Specification which distinguishes it from all other traditional screens. The prime benefits are the working angle of the screen which works in parallel to the floor at in inclined angled between 0 degrees to 5 degrees.

This Vibrating Screen is excited with the vibromotor which is situated right on its top and the exciter section also comprises of the segmented deck structure. This causes the linear motion to move the materials faster at diverse deck surface because of its geometry. This leads to an efficient screen operation.

De-watering screens as the name suggest allow the drainage of slurry material water and this minimizes the moisture rate of those materials. This is one of the best Types of Vibrating Screen for draining excessive water. It comes with a pair of vibromotor, vibromotor console, and screening media along with the screen body.

The water is efficiently drained with the effects of vibrations and it flows down of the screening surface as the slurry material flow ahead.

As the name goes, the high-frequency Vibrating Screens is designed to deliver high production capacities and effective sizing as compared to a traditional screen. The Vibrating Screen Manufacturer integrates heavy duty mechanism that allows the screen to run with aggressive vibration that is applied to the screen directly.

This allows high capacity operations for removal of the fine materials and chip sizing along with dry manufactured sand and more.

Its low amplitude and high-frequency operation ensure faster travel speed of materials without the screening efficiency loss. This combination is considered ideal for screening of the fine materials. In the process, the course materials are lifted faster and higher and the finer particles are left closer to the screen.