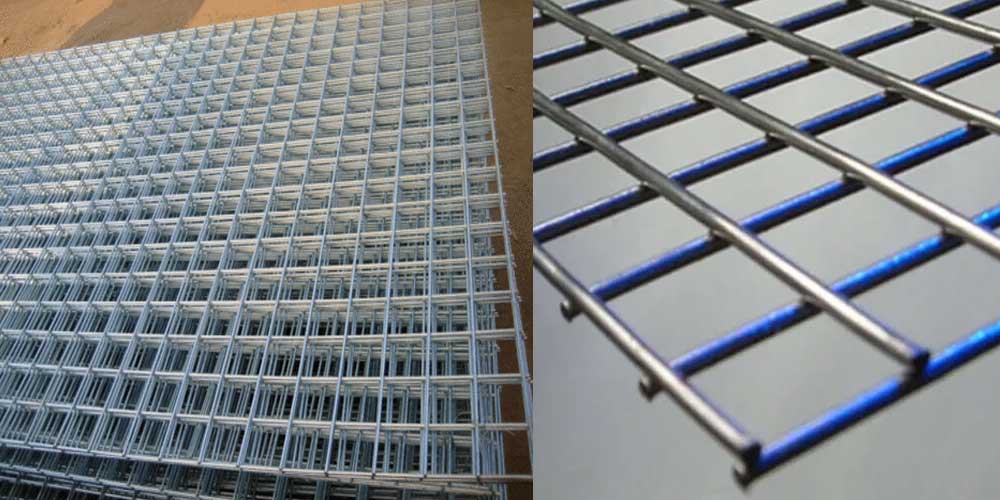 The versatility of welded wire mesh basically refers to an organized arrangement of wires one over the other in such a manner that it forms a grid like pattern. This was initially used in sieves, nets and so on and didn’t have a big role in the industry in the beginning and later on became a crucial part of the industry. However nowadays with the rapid pace at which the industries are progressing it is very rare that one component runs its full cycle in the industry. However, the wire mesh has continued to thrive in the industry despite this rapid progression. They have always been upgraded or modified but never replaced. The fact that they have been replaced speaks volumes about how big of a role it plays in the industry.

They are one of the most versatile components. They are relatively simple to manufacture yet are used so heavily in the industry. It might seem so ironic that something as simple as the wire mesh could play such a huge role but it is reality. Although they are so easy to manufacture It is their versatility that is relied upon the most. They don’t have anything special or extra moving parts that make it more complex. They could be modified so easily in many ways like the material that is used, the manufacturing process, the way it is joined together and so many more. Let’s talk about one of these modificationsi.e. the Welded wire mesh

It is mainly used as reinforcement for concrete structures. They are used in many other applications as well which a lot of industries have taken advantage of. The most reliable and trusted material used for these are stainless steel and carbon steel. They are also available in custom configuration as per the requirement. This welded wire meshes have a lot of advantages when compared the traditional meshes as mentioned below:

Regardless of the advancement these have remained as one of the most important components of the industry. Nowadays with the advancement in technology these have been getting upgraded as well. Welded Wire Mesh Manufacturers have started using newer innovations and advancements when it comes to the welding technique used. Remote welding has allowed for much higher amounts of production and reduced down time as well. They have also started on site maintenance allowing for faster more efficient. The newest modification is the circular wire mesh which was manufactured and brought a lot of attention towards them overall.

This mesh has been one of the most wasteful meshes to make as there is minimal cutting involved during the manufacturing process. This has become the perfect component to save the industries a ton money in the process as well. With all these innovations it is obvious that its role in the industry isn’t going to decrease any time soon. Wire mesh suppliers have understood this well beforehand and have started to prepare this with a much longer scope of time in mind. They have started investing in these new fabrication techniques as well as better transport systems designed specifically for their transport.

To put it all together these are the best answers to some of our biggest problems in the industry. With the technological boom these have become much better at what they are capable of. They are getting more and more precise and strong. They have been used as the best safety equipment in a whole bunch of applications and have saved countless lives during their use something that one cannot put a life tag on something like this. It has been used heavily in concrete structures in order to increase the integrity. With the engineering projects nowadays are gettingbigger and more ambitious they are relied even more heavily on. This welded wire meshes that are available in the midst of the concrete help in acting as a reliable core that can absorb all the forces on the concrete which is much more brittle and would easily break otherwise. It is inevitable that the concrete would eventually crack but the wire mesh helps in increasing the life span so much. The products that use other sizes of wire meshes have also been used more in the industry in many other aspects like temporary or permanent partitions etc.  All these point to a simple fact that the welded wire mesh is here to stay as far as the industry is concerned.